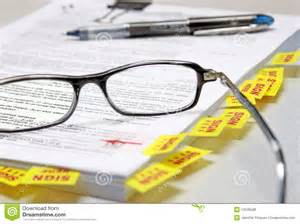 Simply put, when purchasing property, you have bought the “Title” to the land.  Once you have completed your purchase, registration of the transfer of ownership will take place, and the purchaser’s name will be recorded on the Certificate of Title (also known as the Title Deed).

In New South Wales there are three land titling systems –

Approximately 50% of land in New South Wales is Crown land leasehold (Western and Central Divisions) and 99% of the remainder is Torrens title (mainly Eastern Division). Only a small residue of Old System land remains.

According to English Law the land of an acquired colony belongs to the reigning monarch. This land is known as Crown land and this presumption was applied to New South Wales when Captain Arthur Philip proclaimed the new colony on 7 February 1788. On this day all land was claimed as the possession of the reigning monarch King George III.

From 1788 the Crown has managed the land in various ways ranging from free grant and freehold alienation, to short term leases and licences. It is important to note that all land remains Crown land unless alienated by grant, sale or resumption.

Under Old System title, a separate deed or document is prepared each time a property transaction occurs, whether subdivided, sold, leased or mortgaged.

When purchasing Old System land, to determine proof of ownership by the vendor, evidence that the Chain of Title is good needs to be established.  In order to establish land ownership the purchaser’s conveyancer must collect from the vendor and examine an unbroken chain of documents from the original Crown grant up to the present day (known as a “good root of Title” of not less than 30 years). This includes all dealings and legal happenings that could affect the estate or interest of the land in question.

Once the purchaser completes their purchase transaction, a transfer of ownership is registered with LPI (Land Property Information / Department of Lands) and a fresh Certificate of Title is issued with the “new” purchaser’s details.

The Certificate of Title contains

Unlike an Old System deed, a Torrens title tells us the current state of ownership and lists any encumbrances affecting the land, additionally all the recordings shown on these titles are guaranteed by the State of New South Wales.

A limitation can be cancelled at any time upon the Registrar-General being satisfied as to the boundaries of the land.  The most common way of achieving this is by the preparation and lodgment of a delimitation plan.

In the casse of qualified title, or title which is both qualified and limited, the obligations as to provision of an Abstract of Title with a proposed contract are identical to old system title.  Where land is limited but not qualified title, the vendor need not provide a ‘full’ abstract of title, but can instead identify the subject matter of the sale either by attaching to the contract a delimitation plan, or by preparing an abstract restricted to those documents which show the location, area or dimensions of the land.

Is a form of Strata Title and relates to properties that form part of a Strata Plan.  These properties are usually units, villas and townhouses.

When purchasing a strata property, you are actually purchasing the “airspace” within the Lot purchased.  The building and common property areas are owned by the Owner’s Corporation, which all the Lot Owner’s form part of.

The Owner’s Corporation manages the Strata Plan and each Lot Owner contributes towards the Strata Levies to cover the costs of maintaining the building and common property areas.

In New South Wales, a building comprising a number of units is commonly known as a strata title subdivision.

Prior to the introduction of strata title in 1961, the most widely adopted method of subdivision of airspace was to use a company title scheme. The land is in fact owned by one entity, a company, and the ‘unit owners’ each own a share of the company that entitles the unit owner to reside on part of the land and make use of other areas in common with other company shareholders.

The vendor in such transactions is not selling an interest in the land, but rather selling shares in a company.

Once completion has taken place, a Transfer of Shares is to be lodged with the Secretary of the Company to enable the Unit Company to register the transfer of ownership of the shares and issue a new share certificate in the name of the “new Owner”.

NB       The information contained in this article (and its contents) is general information only and not to be considered as legal advice.  Please contact Penny Browne Conveyancing should you have any queries or require legal advice regarding this matter.